The environment of the Brembana Valley mountains is one of the most rich in the whole Italian side of the Alpes because of many factors: the different expositions to the insulation, the variation of the atmosphere humidity, the plenty of dams, the remarkable variations of the altitudes, the geological structure of the ground and the presence of human being who shaped this land. The variety of the Orobie and Prealpes ground, with different expositions to the climatic influences coming from the plain, has its most evident result in the great variety of the flora. You can find chestnuts only in the low valley because at a low altitude its natural place is occupied by coppices. Between 600 and 1500 metres there are beeches, horn beams, hazels and others trees such as alders, ashes, silver poplars and birches. Sometimes you can see age-old beeches in grazing or near ancient nets with decoy for attracting birds.

Over 1000 metres there are woods of conifers, even if they are not much wide. But the dominant species is the red-deal that covers a large extension of ground above all in the high Val Brembana where sometimes it is mixed with beeches. The limit of the altitude of the coniferous woods is 2000 metres in the high Val Brembana, 1700 metres in the Val Seriana and 1850 metres in the Val di Scalve. But in the Prealpine zone it's generally lower than 100-200 metres. In the more occidental valleys you can find the larch, while in the Seriana Valley there is the silver-fir and in Capovalle the scotch pine and the woods of Torcole di Piazzatorre. Over the coniferous woods, in the very orobic zone, made of acid, archaic rocks, there are large grazing in which there aren't lots of floristic species, but you can find remarkable endemism such as the VIOLA COMOLLIA and the SANGUISORBA DODECANDRA.

There's also a large extension of alders mixed with rhododendrons and blueberries. You can also find a great variety of flowers above all in the prealpine zone. Indeed in the dolomitic ground there's a high number of species. During the last ice age this area was only slightly touched by the ice and so it allowed the surviving of archaic species, also north-european ones. The long isolation, due to the presence of the ADDA and OGLIO glaciers, allowed the evolution of precious endemic species. WAfter the ice age it got colder and colder and lots of Mediterranean species, such as olive trees, vines and cypresses reached the Brembana Valley. At the top of the mountains you can find rhododendrons, junipers, dwarf willows, pines, alders and grazing. Here you can find how the extraordinary alpine wealth has developed itself.

The flora you can discover here lives in screes and cliffs, grazing and grasslands such as the LINARIA BERGAMASCA, the SASSIFRAGA the GALLIO of MONTE ARERA ecc. This floral wealth is particularly remarkable in the big calcareous group: ARERA, MENNA, PRESOLANA, CAMINO. Admire and above all respect it. If you take a photo of a flower, this flower will live forever but if you pick it up it will wither and die in a few hours. 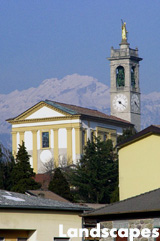 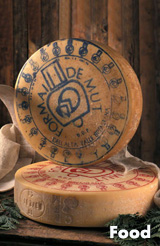 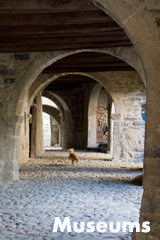 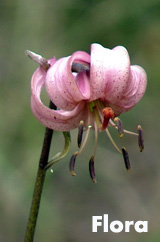 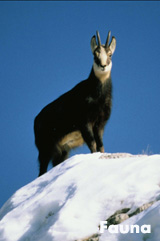 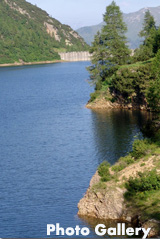 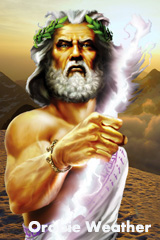 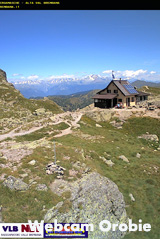